Ruggerone, GT and BM Connors.  2015.  Productivity and life history of sockeye salmon in relation to competition with pink and sockeye salmon in the North Pacific Ocean.  Canadian Journal of Fisheries and Aquatic Sciences 72: 1-16; doi: 10.1139/cjfas-2014-0134.

Populations of sockeye and pink salmon overlap extensively throughout the North Pacific, and the two species feed on many of the same prey items – primarily krill and other plankton, as well as squid and smaller fish – while at sea. There are, however, nearly five times as many adult pink salmon as there are adult sockeye in the Pacific, and while changes in ocean conditions driven by global warming appear to preferentially benefit pink salmon, hatchery production accounts for a large chunk of the difference in abundance between the two species – approximately 1.4 billion pink salmon are released from North American, Russian, and Asian hatcheries into the North Pacific each year, with production expected to grow. Research has shown that the numerical dominance of pink salmon is influencing the growth, distribution, age of maturation, and survival rates of other Pacific salmon species. Given the extensive overlap in both range and diet, such work suggests that sockeye salmon may be particularly vulnerable to competition with pink salmon.

Sockeye salmon productivity along much of the west coast of North America has been in decline for several decades, but the specific mechanisms responsible for this region-wide slide in sockeye productivity have been difficult to identify. Dr. Greg Ruggerone, a Seattle-based fisheries biologist with Natural Resources Consultants, and his colleagues used hierarchical models of stock-recruitment dynamics to test the hypothesis that declining sockeye productivity along the west coast is largely due to competition with growing numbers of pink salmon over limited coastal food resources. Their analyses revealed that, although at-sea growth rates of Fraser River (the predominant sockeye-producing river on the west coast) sockeye had fallen over the past half-century, thereby delaying sockeye maturation, patterns of sockeye survival, growth, and age of maturity oscillated annually, reflecting the 2-year life history of pink salmon. That is, interactions between the two species were weak in the first year of sockeye ocean residency but intensified in the second year, resulting in an inverse correlation between sockeye abundance and pink salmon life stage.

The researchers thus concluded that competition with pink salmon in the second year of the sockeye life cycle is indeed playing a major role in the decline of sockeye productivity in the eastern North Pacific. “Rapid growth is key to the pink salmon life strategy; they grow exceptionally fast and therefore consume a lot of prey per individual, and they reach large mature size after only one winter at sea, whereas sockeye grow more slowly and spend two or three winters at sea,” explains Ruggerone. “In most regions, adult pink salmon are much more abundant in odd-numbered years, and here we observed an alternating-year pattern in sockeye salmon growth, age-at-maturation, and survival. These alternating-year patterns in sockeye characteristics and the findings from the modeling indicated that the primary interaction occurred during the second year at sea rather than the first year.” The authors predicted that the expected increase of 200–400 million pink salmon in the Fraser River will lead to a 40% reduction in sockeye recruitment, causing Fraser River sockeye populations to fall by nearly 70% as pink salmon numbers increase from 150 million to as many as 600 million individuals, a level well within the projected future range based on observed data. Thus, they cautioned, capping hatchery pink (as well as chum) salmon production may be necessary in order to mitigate risks of future collapse of sockeye populations. “Hatcheries release millions, even billions, of salmon, and while there may be economic benefits for local fishermen, these fish also compete with distant wild stocks that may be depleted for various reasons, leading to further decline,” says Ruggerone. In addition to reductions in hatchery releases of pink salmon, the researchers also recommended that managers integrate the effects of oceanic interactions into salmon management strategies and release programs. 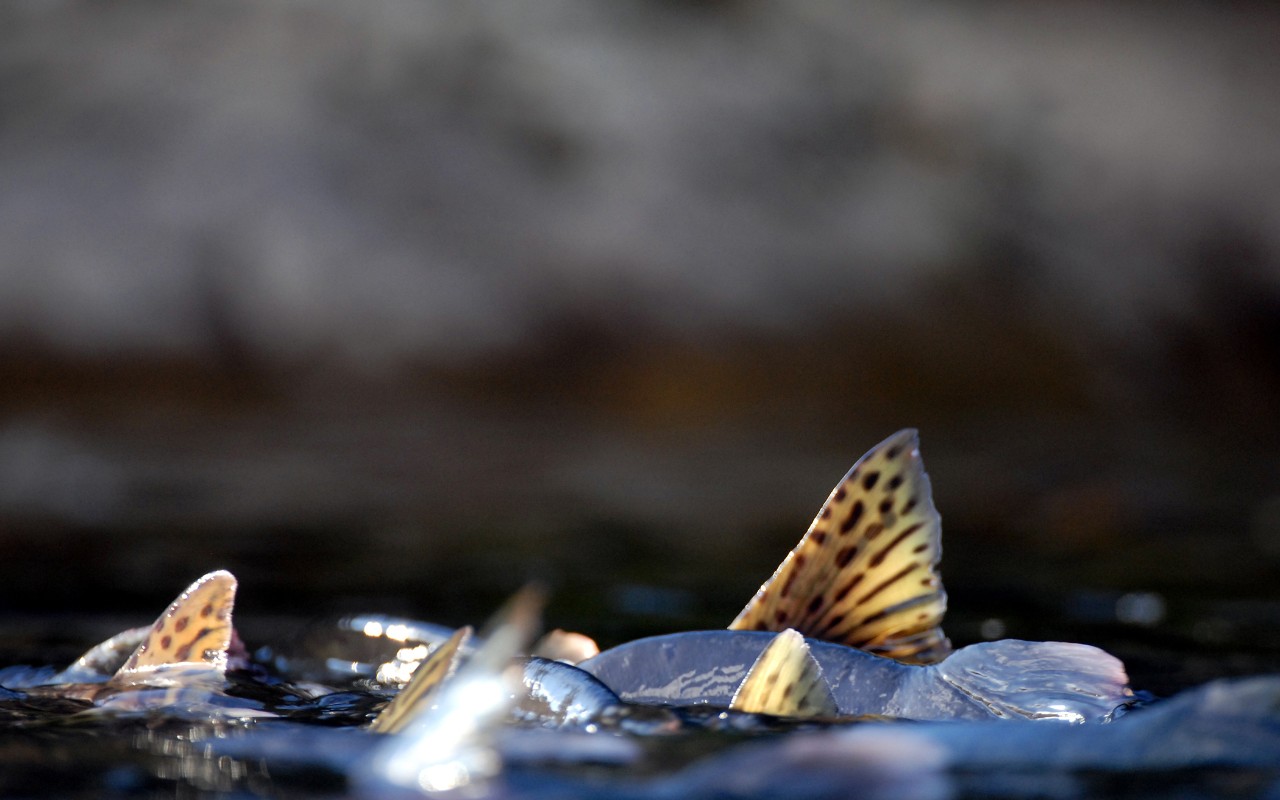