Evolving salmon use in the far north

Subsistence hunting, trapping, and fishing have enabled Indigenous peoples to flourish for millennia under the harsh conditions prevalent in the High Arctic, so it is no surprise that these activities are also deeply embedded in the values, traditions, and customs of local communities. Among the Iñupiat of Alaska’s North Slope, for example, the communal sharing of meat from a successful caribou hunt or of surplus fish remains an integral part of daily life that serves to strengthen and reinforce cultural unity and identity. In addition, regular engagement in subsistence hunting and fishing allows local and Indigenous peoples to become highly attuned to regional environmental conditions, and as such they are typically the first to become aware of (and respond to) changes in local and regional ecosystems and resources – including changes in the abundance of species that are harvested for food and other uses.

Fish are an essential staple of the Iñupiat diet, and although fishing efforts are concentrated primarily on various species of whitefish, Pacific salmon – specifically pink, chum, and Chinook – have also long been harvested, but in much smaller numbers and primarily as incidental catches. Recent evidence suggests, however, that changing oceanic conditions in the Northeast Pacific are promoting the northward expansion of several salmon species, resulting in their greater availability in the coastal watersheds of the Far North. To gain insight into local perceptions of historical and current trends in Pacific salmon use in northern Alaska, Courtney Carothers, an environmental anthropologist at the University of Alaska Fairbanks, and colleagues conducted interviews with residents of two North Slope communities – Utqiaġvik (formerly Barrow), a coastal town on the Chukchi Sea with a population of about 4,300, and the commercial hub of the North Slope Borough; and Nuiqsut, a small village of fewer than 500 people located ~60 km inland from the Beaufort Sea. Although the relevant timeframe extended only to the past couple of decades for most of the interviewees, elderly respondents contributed information from as far back as the 1940s. 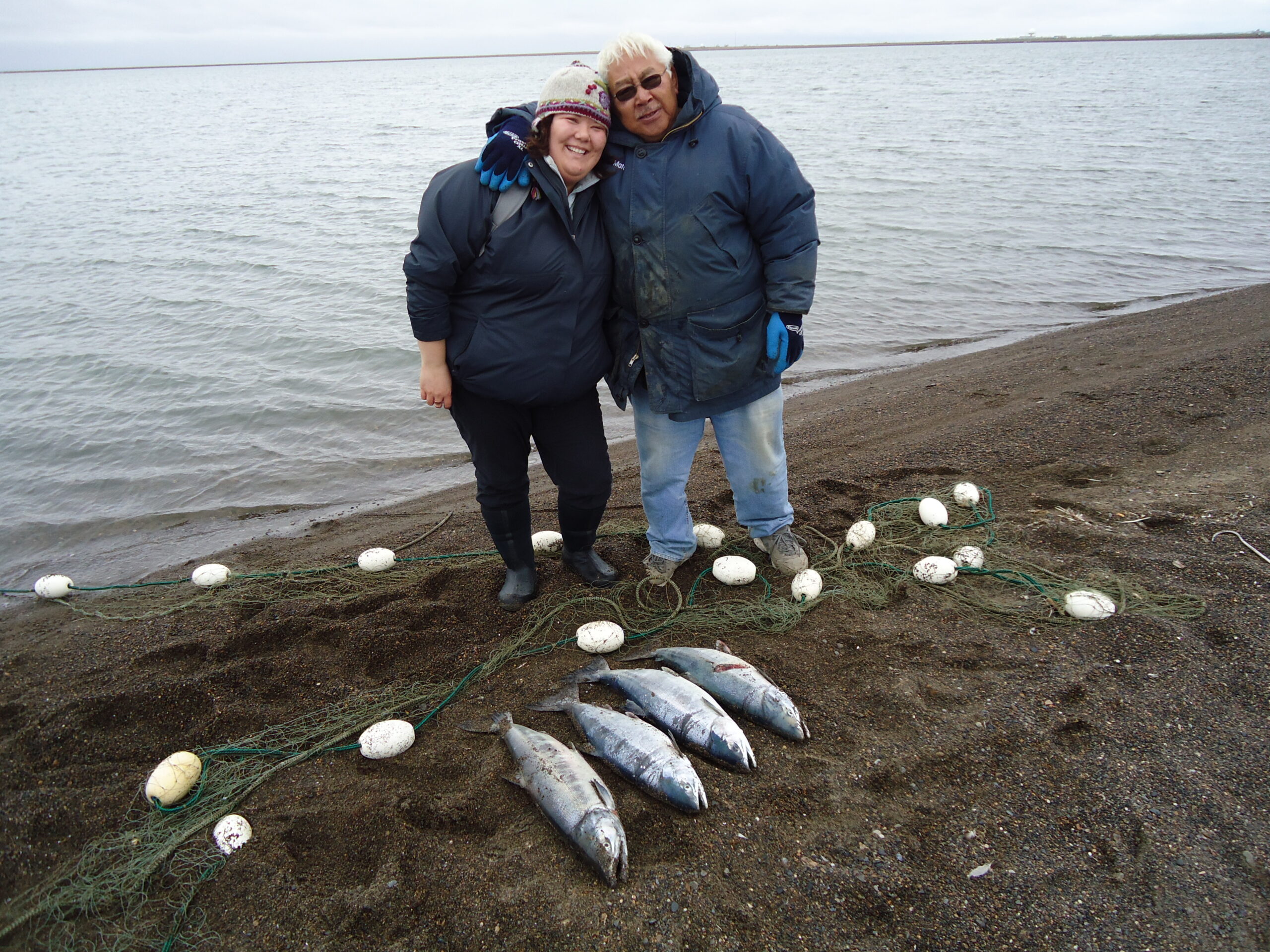 From these surveys, Carothers and her team determined that catches and consumption of salmon – particularly pink and chum – have increased considerably in Utqiaġvik over recent decades: whereas fewer than 10% of households were involved in the salmon fishery in the 1980s, by 2014 that proportion had risen to approximately 24%, and salmon increased from a mere 3% of total fish catch to 23% over the same time period. Consumption of salmon has also risen in Nuiqsut, though to a lesser degree, with salmon composing around 0.6% of total fish harvest in 1985 and ~1% in 2014. The growing use of salmon as a resource reflected in the rise in household utilization were echoed in the responses of many of the elders, fishers, and other residents of the two communities that the team interviewed, most of whom agreed that salmon catch and use has increased since the 1990s and early 2000s – a period corresponding to a rapid expansion in salmon abundance in the Northeast Pacific Ocean.

Curiously, there was a lack of consensus among locals that salmon abundance was actually on the rise, however; while 46% of the interviewees believed that salmon populations were increasing, 43% said they had observed no clear trends over time. Carothers et al. also reported that although most Iñupiat had little trouble distinguishing among the many different species of whitefish, identification of salmon species was considerably more inconsistent, further signaling the relative novelty – and comparative societal and cultural insignificance – of the resource. Moreover, many residents expressed strong opposition to the potential expansion of commercial salmon fisheries in their communities despite the economic opportunities such operations may generate, viewing it as a threat to subsistence fisheries and traditional Iñupiat ways of life. “Both communities were worried about potential future increases in salmon populations leading to commercial fisheries that would negatively impact their subsistence fisheries, and concerns were also raised about larger ecological shifts, that as salmon increase, they will prey on important subsistence species and the food sources for other important subsistence species,” says Carothers. “Those potential impacts to traditional hunting and fishing were generally perceived to be more of a threat than the benefits of having new species to harvest.” The researchers also noted that many of the local residents they spoke with viewed increasing salmon availability within the context of broader transformations in Arctic environmental conditions.

The study serves as a poignant reminder of the momentous shifts that are occurring in coastal Indigenous peoples’ socioeconomic and cultural bonds with salmon along the West Coast of North America; as traditional links between salmon and coastal Native American groups continue to erode in more southerly latitudes, salmon are increasingly being incorporated into the economic, social, and cultural fabric of coastal Indigenous communities in northern latitudes.

“What we have learned from this study is that, generally, harvests of salmon have been increasing over the past several decades in northern Alaska, and fishermen are developing new knowledge of salmon and increasing their use of salmon as a subsistence resource. Yet uncertainties in the current data and local knowledge combine to equivocal evidence that salmon abundance is increasing,” concludes Carothers. “This lack of consensus about a clear increase in salmon abundance provides nuance to a simple story that warming has led to the increases of salmon in the Arctic. Despite the uncertainty regarding abundance, it is evident that we are witnessing an emergence of new salmon fisheries in the high Arctic, perceived to be one among a suite of environmental and social changes currently being experienced in this region.”