Download Paper
Download Slides
Watch Presentation
Русский Перевод
Once abundant in rivers throughout much of California, populations of Pacific salmon – mainly Chinook and coho – have been reduced to mere fractions of their former abundance due to a variety of anthropogenic impacts. Although human-driven changes in environmental conditions pose a threat to all of California’s remaining salmon runs, stocks that return to and reproduce in intermittent streams – those that flow only during the rainy months of the year – may be at particular risk.

With locations and seasons in which channels dry completely, intermittent streams may at first glance bear little resemblance to typical salmon habitat. During prolonged dry spells, stretches or even entire streams are reduced to a series of isolated pools that form in deeper spots along the otherwise exposed streambed. Under such conditions, aquatic organisms, including juvenile salmon, rely on the remnant pools – which vary greatly in size, volume, and water quality – for survival until flow recommences and reconnects the pools. 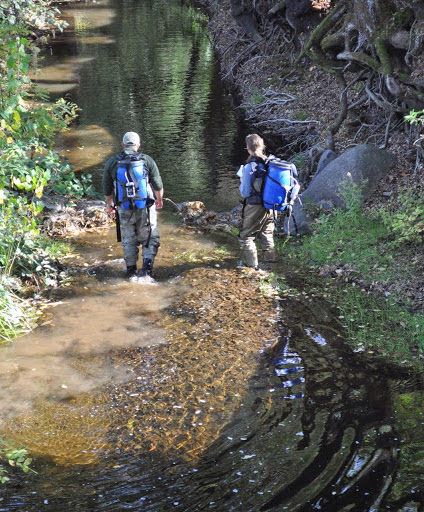 Although primarily a natural phenomenon (in some cases flow reduction can be exacerbated by human activities like water diversion), drying of intermittent streams is projected to increase as the global climate warms, given that severe drought conditions will occur more frequently in many parts of the Pacific salmon range. Gaining a better understanding of the degree to which these systems can support salmon under projected future conditions is therefore critical.

In this study, Ross Vander Vorste, then a postdoc at the University of California and currently an Associate Professor at the University of Wisconsin, and colleagues used the historic 2012–2016 California drought as a serendipitous opportunity to explore some of the potential impacts drier future conditions may have on salmon populations in intermittent streams in Northern California. Focusing on juvenile coho salmon in the Russian River catchment, which includes a number of intermittent tributaries, the researchers marked and re-sighted fish to estimate survival rates of more than 20,000 juvenile hatchery salmon tagged with microchips and released into different portions of the river. The 7-year period (2011–2017) over which data used in the analysis were collected encompassed both years of drought (2012–2016) and non-drought (2011 and 2017), providing the researchers with the means to directly compare juvenile salmon survival under normal summer conditions to survival under a range of drought conditions. 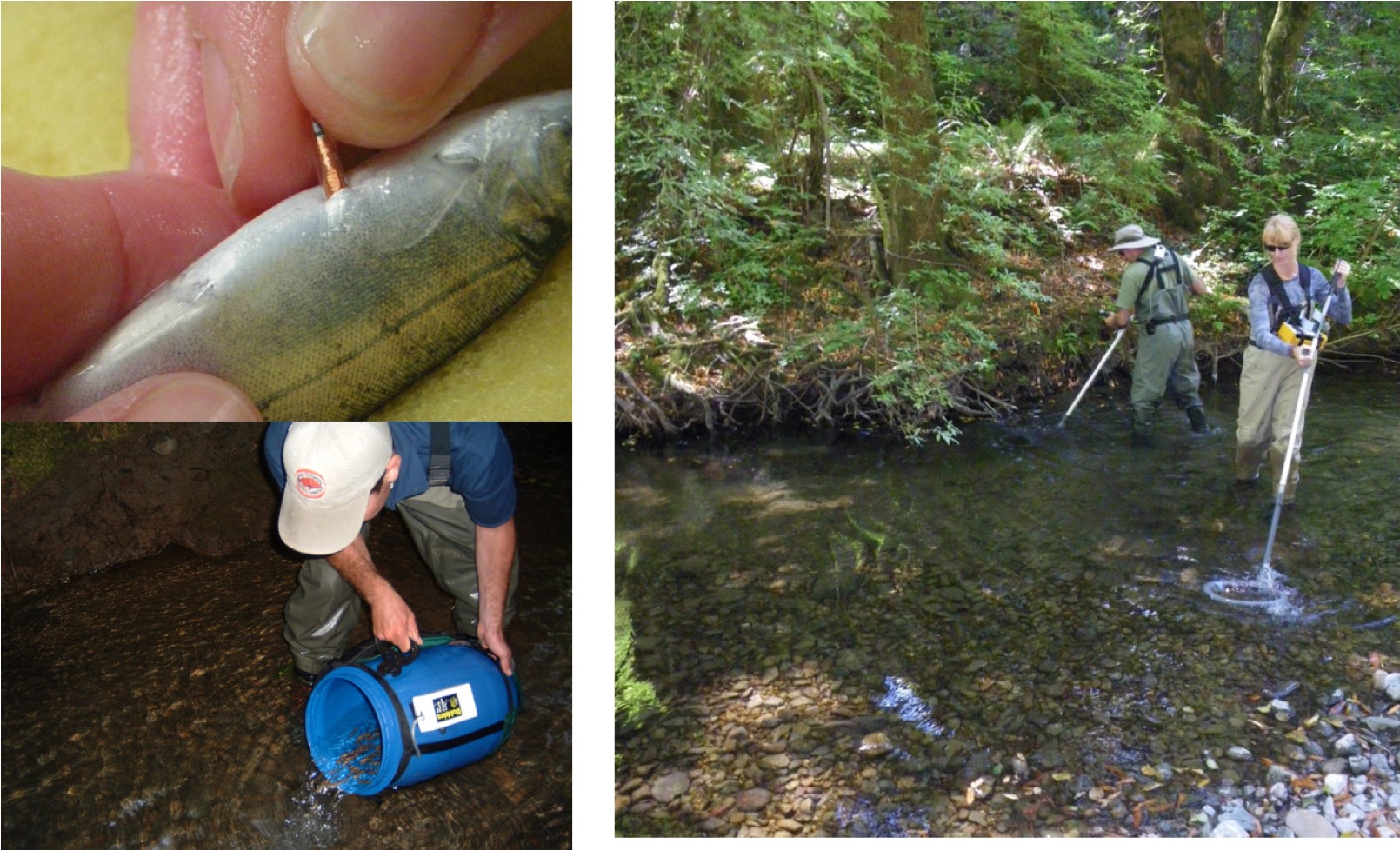 Perhaps not surprisingly, juvenile mortality in summer was found to be considerably higher in many reaches during times of drought than in non-drought periods. Unexpectedly, however, juvenile survival was more or less the same under both drought and non-drought conditions in approximately half of the reaches included in the analysis, even when drought conditions were at their most acute. This finding indicates that some residual pools act as habitat refuges under drought conditions, enabling significant proportions of the juvenile salmon trapped within them to survive until adequate flow resumes. The results of the study thus show that salmon may be able to persist in intermittent streams even during unprecedented drought conditions.

At the same time, however, Vander Vorste et al.’s analysis raises the concern that Pacific salmon in intermittent stream systems are especially vulnerable to being caught in an “ecological trap”, a situation in which rapid ecological change reduces habitat quality or leads to a disconnect between the cues a species relies on to indicate habitat quality and the actual state of the habitat. While adult salmon generally spawn in reaches with pebbles, cobbles, and other alluvial substrates, the researchers observed that these habitats are particularly susceptible to drying compared to the bedrock or clay pools that function as effective refuge habitat for juveniles. As such, previous indicators of habitat quality may cease to be reliable in a drying world. Identifying and preserving locations within freshwater systems that serve as high-quality habitat refuges during drought conditions, as well as conserving instream flows of water, will therefore be crucial for effective management, conservation, and restoration of Pacific salmon that rely on intermittent streams.