The paper by Flora Cordoleani, et al. published November 2021 in Nature Climate Change presents evidence that maintaining relatively rare within-population traits may be the key to the protection and recovery of at-risk species. The study was conducted on Chinook salmon that occur in the Sacramento River basin of California, USA. Historically, Chinook salmon were found throughout the entire Sacramento basin. However, because of dams, irrigation, and other anthropogenic impacts, the current range of this species has been substantially reduced as the map below shows (panel a, Fig 1 from paper). Of note is that nearly all of the tributaries originating in the Sierra Nevada Mountain range are inaccessible to Chinook because of dams. 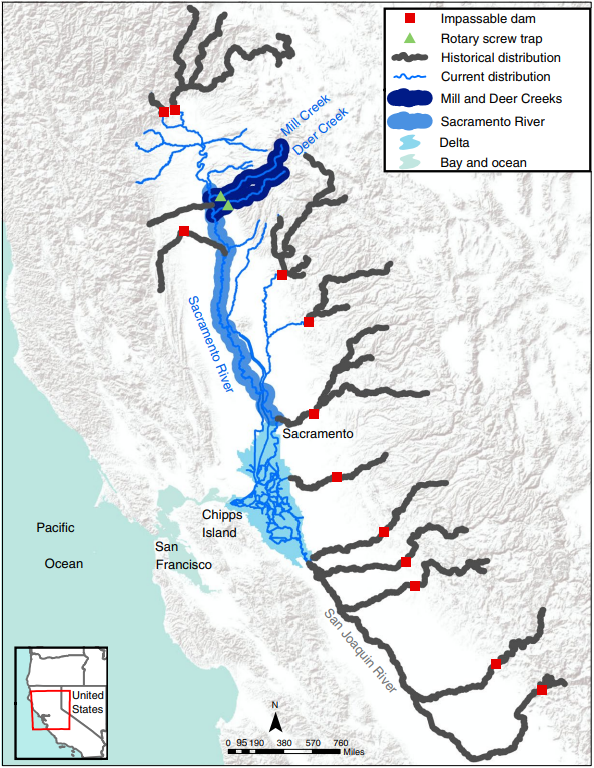 The Sacramento River basin, as appears in the paper (Cordoleani et al. 2021)

As has been described by others, the naturally produced juvenile Chinook that remain in this basin have three juvenile life history patterns. The ‘early’ type hatch and shortly afterward migrate to the lower Sacramento Delta area where they reside for several months before going to the ocean. The ‘intermediate’ type migrates later, during the spring months and also resides in the lower Sacramento for a period of time. Although the ‘early’ type are smaller than the ‘intermediate’ type initially, by the time they leave the lower river and enter the ocean, they are close to the same size. The ‘late’ type is the third phenotype which originates in the cooler mountain streams of the upper basin. They have a longer period of rearing in freshwater, remaining in natal streams throughout the summer and then migrating downstream to the ocean in the fall. This is why the ‘late’ type juveniles are considerably larger at the time of downstream migration compared to the ‘early’ and ‘intermediate’ types. It is likely that this ‘late’ form once populated most of the higher elevation streams that are now blocked to upstream salmon passage by dams.

The authors found that through analysis of cross-sectional patterns in the strontium isotope ratios (87Sr/86Sr) of juvenile Chinook otoliths, they could reliably distinguish among the three life history phenotypes. Otoliths are calcified structures, part of the fish’s hearing and balance system that accumulate visible growth rings as the fish age. The authors also sampled 123 adults from six different return years and used otoliths to identify the juvenile life history phenotype for each fish.

Among the juvenile fish examined, the ‘late’ phenotype was relatively rare – only 10% of the sample of fish migrating downstream. However, for the returning adults the ‘late’ type represented, on average, 60% of those fish surviving to maturity. Furthermore, the study revealed evidence that nearly all the adults that returned in 2012, 2014, and 2018 were of the ‘late’ type and corresponded to the years of juvenile outmigration when summer water temperatures in the lower Sacramento River were particularly hot. It seems likely that since the ‘early’ and ‘intermediate’ types reside in the lower river section during this spring-summer period, the higher water temperatures could have impacted their survival adversely. In contrast, the fall migration life history of the ‘late’ type helped avoid the adverse water temperatures resulting in better survival. 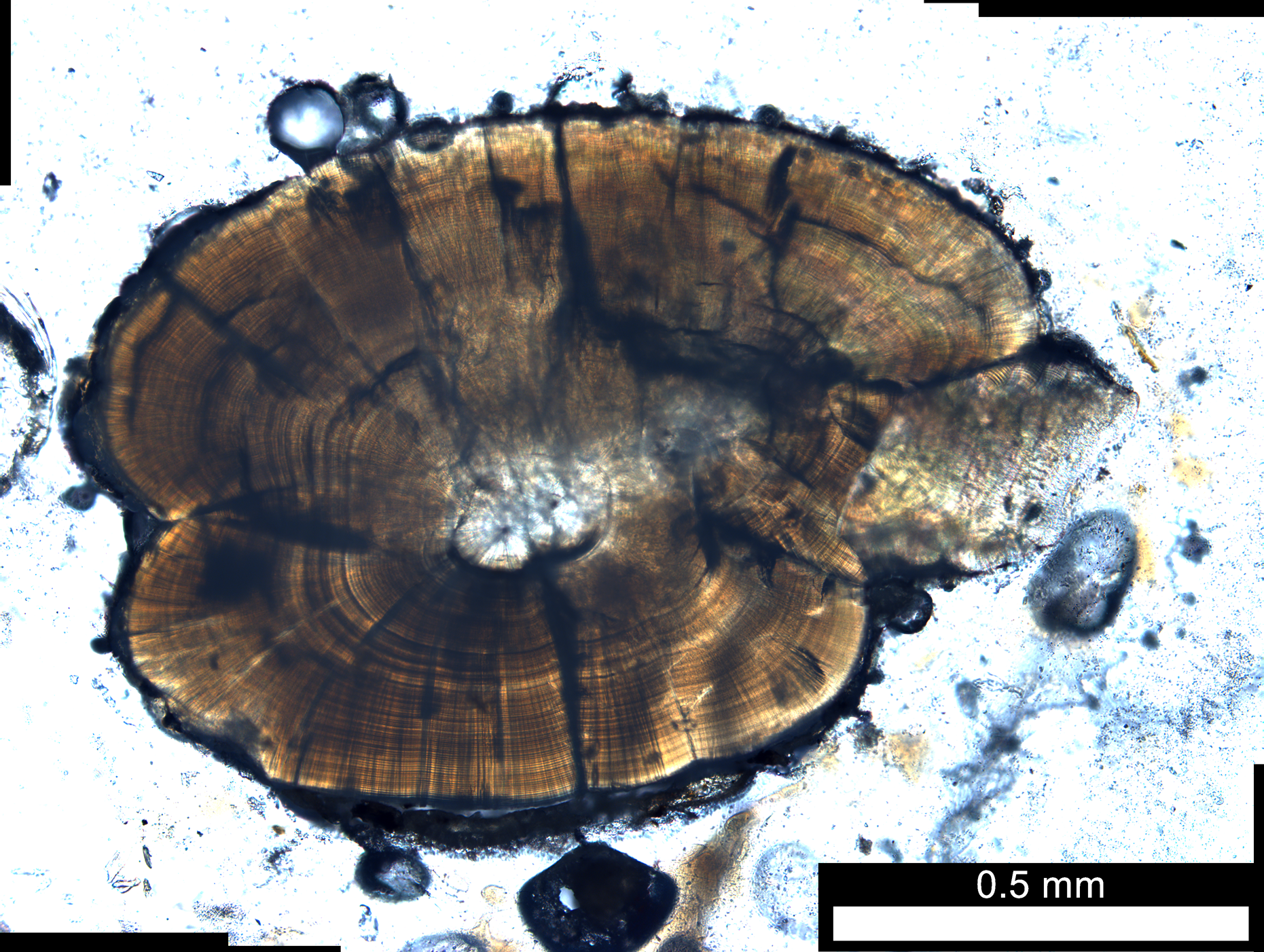 The authors suggest that as the climate warms, the frequency of adverse conditions for Chinook salmon survival in the lower river during summer will increase. Therefore, the relatively rare ‘late’ life history phenotype may be the critical component of this population if natural Chinook salmon are to persist in the future. The authors note that even as headwater streams, where the ‘late’ type juveniles rear, will experience warming due to climate change, a degree of suitable habitat will remain. They suggest it may still be possible to stabilize the species if the existing habitat remains accessible and perhaps is expanded into historical areas now blocked by dams.

Taken as a whole, this work argues for the importance of “keeping all the pieces” of ecosystems, as championed by Aldo Leopold in ‘A Sand County Almanac’. The fact that a relatively rare life history phenotype now appears to be the key to the survival and hopefully future adaptation of Chinook salmon in the Sacramento River illustrates an important point about species conservation that all too frequently is overlooked. The opportunity for wild animals to interact with a diverse natural habitat helps foster the development of intraspecific phenotypic variation, in turn, provides a tangible buffer against climate change.

More Salmon Science in the News: