This week’s Science Spotlight features the research of Sean Brennan, who tragically passed away on January 2, 2020 in a ski accident in Alta, Utah. Sean was a curious, creative scientist and thoughtful collaborator, and will be dearly missed. In honor of Sean’s love of learning and significant contributions to science, please consider a gift to the scholarship fund established to support his children in finding their own educational journeys. More information about Sean’s innovative research in ecosystem ecology, isotope geochemistry, and conservation can be found at his website, and a tribute to his life can be found here.

Production of Pacific salmon is dependent on the presence of a diversity of habitats in their natal watersheds to provide the resources needed during different life stages. Freshwater habitats aren’t static, however, but rather are highly dynamic under natural conditions, as the quality of habitat patches are shaped by the interactions of numerous environmental factors. Changes in one or more of these factors can greatly influence habitat location. For instance, fluctuations in river flow due to altered precipitation rates or snowmelt volume may cause optimal spawning sites to vanish from one river segment and emerge in a different reach. Habitat instability within a watershed in turn influences where in a system salmon spawning is most successful in any given year, presumably due to favorable conditions across several stages of their lives. This continual reconfiguring of habitat location, known as “shifting habitat mosaics,” can have significant implications for spawning, and juvenile growth and survival, as well as the habitat conditions salmon from different parts of the watershed encounter as they migrate to the Pacific Ocean. A better understanding of how changes in habitat affect salmon production across scales ranging from a single stream to the entire watershed could therefore enhance salmon and watershed management, restoration, and conservation strategies. 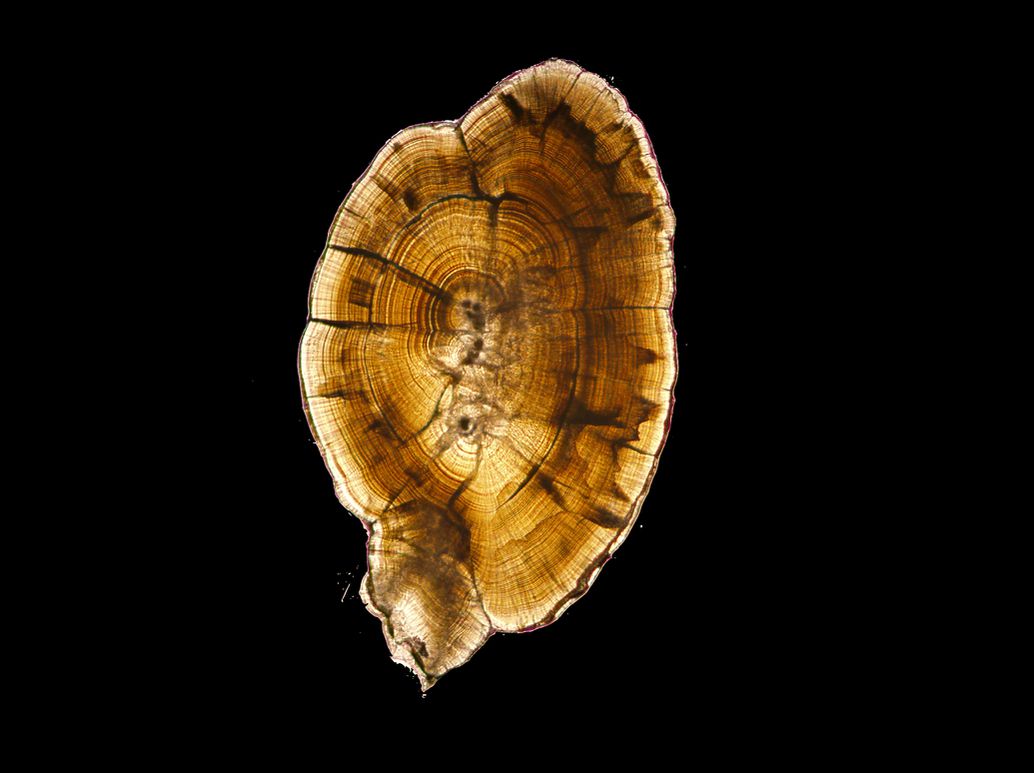 Like most vertebrates, fish develop otoliths – small deposits of granular material – in their ears, which aid in horizontal and vertical orientation. Much like tree rings, otoliths are deposited in annual layers, which can aid in age determination; however, because the tributaries and lakes that comprise a watershed basin often have unique and stable chemical signatures due to differences in the mineral composition of soils and underlying bedrock, chemical analysis of otolith layers can also be used to pinpoint where in a watershed fish spent appreciable amounts of time during early development. In this study, Brennan et al. compiled a dataset of strontium (Sr) isotope ratios – specifically 87Sr/86Sr ratios – in the otoliths of approximately 1,400 Chinook and sockeye salmon to identify what parts of Alaska’s Nushagak River watershed fish were using at different stages of their development. By comparing the chemical makeup of the otoliths of salmon of different ages with that of water samples collected from different sites throughout the Nushagak basin, the researchers could determine where most juveniles for each year of returns were born and where they spent their time during early development. In turn, knowing where in the watershed each generation of juvenile salmon were located provided the researchers with a means of examining variation in salmon production and residency patterns – and by extension the probable location of optimal habitats – over successive years.

The results of the analysis revealed that sites of high salmon production tended to shift considerably throughout the entire Nushagak basin for both species of salmon over time. For example, high Chinook salmon production was primarily centered in the northwest portion of the watershed in 2011, but by 2014 had shifted to eastern components of the watershed. Moreover, these shifts often occurred rapidly; high sockeye productivity was concentrated primarily in lakes in the northwest segment of the Nushagak system in 2014, but was found to be more evenly distributed throughout both lake and river systems just one year later.

Habitat configurations and conditions are extremely difficult, if not impossible, to predict in advance, and consequently where in a system salmon will find the resources they need at various stages in their life histories cannot be projected with any great accuracy from year to year. The results of Brennan et al.’s analysis thus further underscores the need for conservation of whole-ecosystem complexity across a range of spatial scales, including the entire basin, for the shifting habitat mosaic to stabilize salmon production at the watershed scale. More simply, ensuring stable and productive Chinook and sockeye salmon returns in the Nushagak River – and in all likelihood most rivers that support large salmon runs – into the future requires the maintenance and restoration of the full complement of climatic, geomorphic, and ecological elements that enable natural watershed functioning.