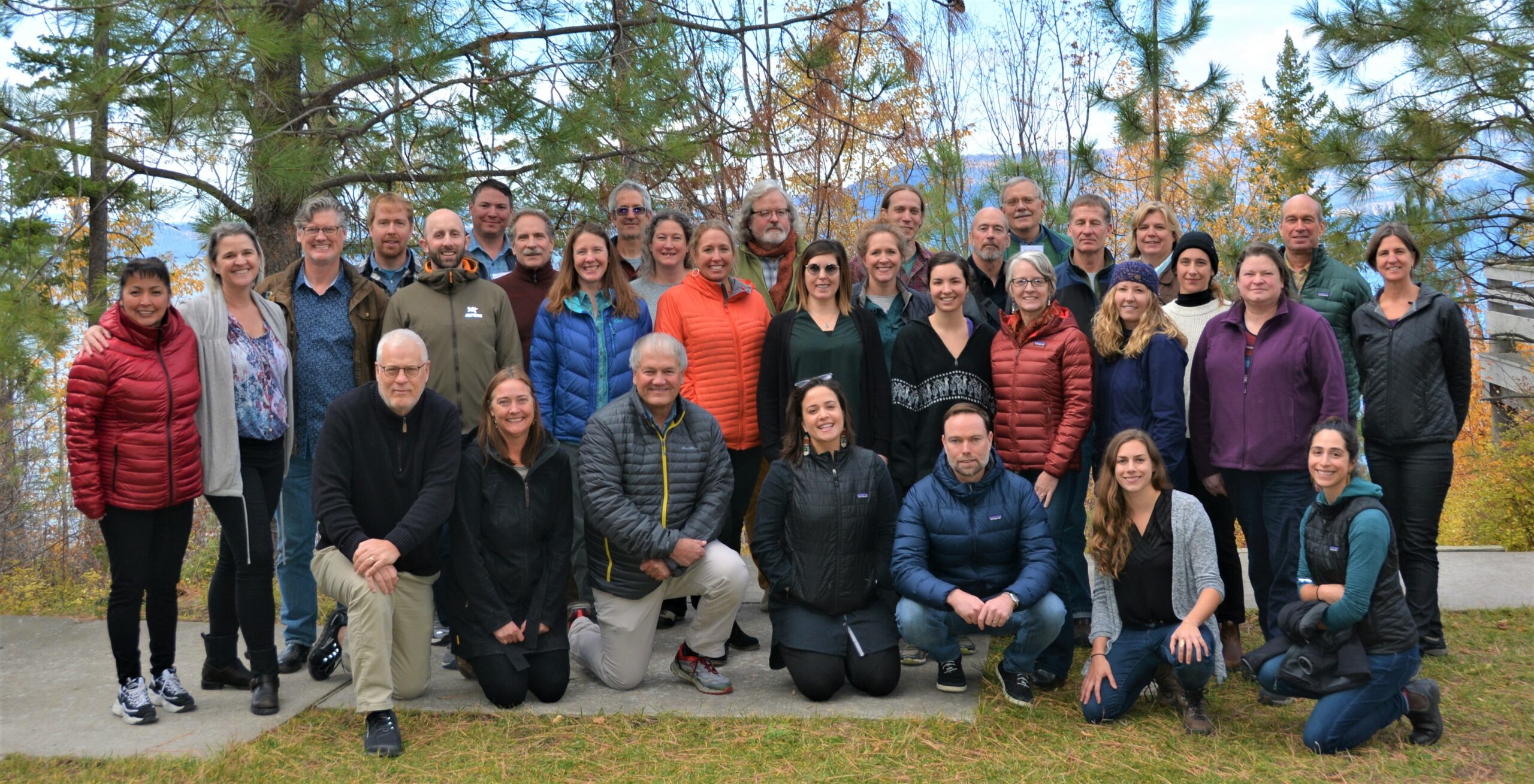 In late October, researchers from the University of Montana’s Flathead Lake Biological Station (FLBS) hosted a workshop focused on advancing the scientific knowledge of mining impacts on water quality and salmonid-bearing watersheds. Co-funded by the Wilburforce Foundation and Salmon-Net, the workshop aimed to strengthen the connection between science and the environmental decision-making focusing specifically on reducing the impacts of mining on watersheds.

Thirty-nine science and policy experts from academic institutions, state and federal agencies, indigenous governments, and NGOs gathered at the FLBS facilities in Yellow Bay to participate in the candid and collaborative workshop. Those in attendance included representatives from the western states of Alaska, Idaho, Montana, Washington and the Canadian provinces of British Columbia and Ontario. For FLBS researchers Erin Sexton and Chris Sergeant, who co-organized the event, it was an opportunity to create strategies for ensuring that the best science is available for use in management decisions designed to minimize mining impacts to watersheds.

The northwest region of North America is home to many of the continent’s least developed and most vibrant freshwater ecosystems. These lands also contain vast mineral deposits, and large areas have been marked by past, present and exploratory mining operations. Recent research has raised concern over the potential impacts of these mining operations on the freshwater ecosystems that cross over from Canada to the United States.

“The transboundary Flathead and Kootenai watersheds are tremendously valuable to Northwest Montana, to our water quality, fisheries, economies and tribes,” said Sexton. “Both rivers have been threatened by mining, and [we] wanted to create a workshop that would provide the space and time, with a highly qualified group of experts, to take a hard look at how science is informing the assessment of risk and impacts from these mines.”

Attendees participated in a series of plenary talks and small group discussions geared toward identifying knowledge gaps, future policy and science research needs, and current obstacles hindering the use of the best available science. “People are energized and already working on a number of important products stemming directly from this meeting, “said FLBS researcher Chris Sergeant. “I think the biggest compliment we received is that people are committed to advancing this work over the next year or two.”

Future products resulting from the workshop will include two peer-reviewed scientific articles, the release of documented workshop proceedings, and the production of outreach materials designed to deliver key findings to watershed communities in a user-friendly format. More importantly, organizers and participants hope that the workshop will create a lasting and cohesive network of practitioners who are dedicated to evaluating and addressing the risks and impacts of mining in salmonid-bearing watersheds.

“Many people, from community members to government officials, are asking what they need to know about mining impacts to rivers,” Sergeant said. “If we can arm people with the knowledge present in the room last week, that will be a big win for the special rivers in our region and the people that depend on them staying healthy.” 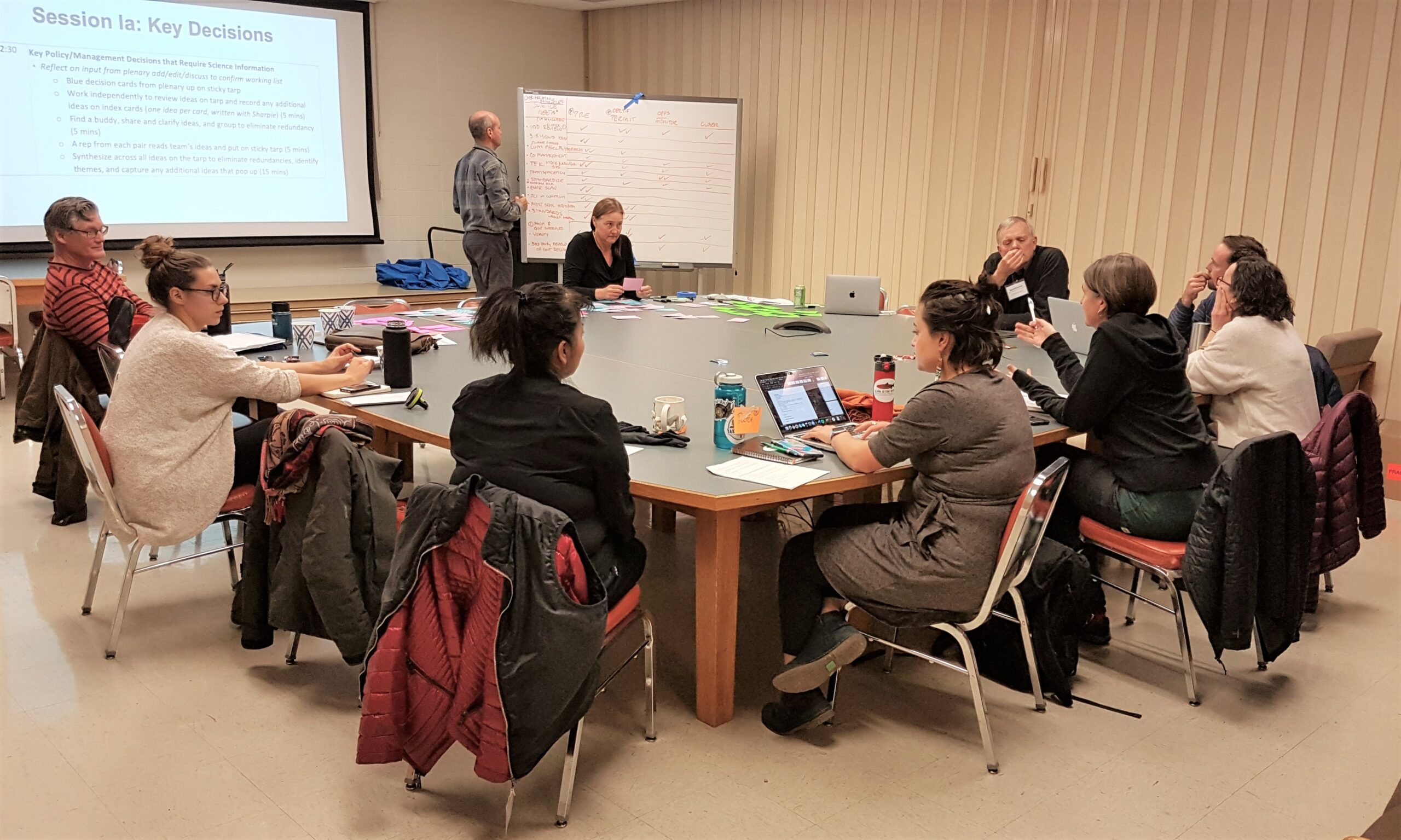 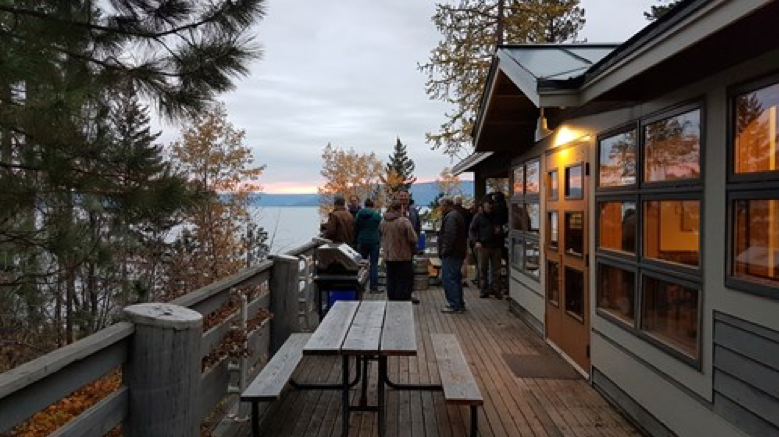